“We do not compete on price. The quality of our products and
the superiority of our material and presentation is how we level the
playing field and get it to slope down to our end.”

Since 1998, WORLD CLASS COACHING has been a household name in the worldwide soccer coaching community. Our top quality books, videos and memberships are the materials of choice for 60,000+ soccer coaches in over 71 countries around the world ranging from coaches of professional and national teams to coaches of young recreational teams.

WORLD CLASS COACHING has received many testimonials from prominent coaches and clubs as well as from our regular customers. Click here and check out our testimonials.

​We hope you join our network of soccer coaches all over the world.  And we look forward to helping you become successful on the training field and on game day. 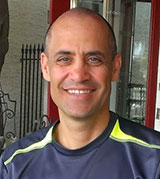 Originally from England, Mike moved to the U.S. in 1991 where he formed the KC Dynamos Soccer Club.  As the head coach, he guided the U14G Dynamos to the USYSA National Championship in 2001.

In 1998, Mike saw a need for quality coaching material which gave him the idea for starting a coaching magazine called, WORLD CLASS COACHING.  This developed into conducting coaching seminars, coach's tours and publishing books and videos.

Today, WCC is a trusted source of coaching materials for 60,000+ coaches worldwide. 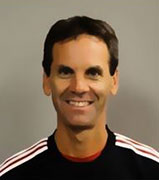 Born and raised in Kansas City, Tom has been coaching youth soccer for over 25 years. Today, Tom is Skills and Curriculum Director for Sporting Blue Valley Soccer Club. He also coaches multiple teams across a wide range of age groups.

Tom joined WORLD CLASS COACHING in 2007 and is now responsible for publishing and editing books and articles as well as all social media and customer service.

In 2015, Tom, started the WORLD CLASS COACHING, "Coaching Soccer Weekly" Podcast, which is now one of the top 10 soccer podcast on iTunes with more than 5,000 downloads each week.